Sam, a soldier who had served in Afghanistan and Iraq, meets Amira when he visits her uncle, Bassam, who had served as Sam's Iraqi translator. Bassam and Sam have a special bond due to their time together in the war. Initially Amira does not trust him because he was an American soldier and her brother was killed by a bomb from American troops in the war. Sam's cousin, Charlie, asks Sam to help him with illegal hedge funds unbeknownst to Sam at the time. Amira is staying with her uncle Bassam since her father died. She sells bootlegged films on the street corner but is forced to stay with Sam after getting busted; immigration officials begin pursuing her. As the film progresses, Sam and Amira fall in love.

Yay! The movie is available for streaming online and you can watch Amira & Sam movie on Tubitv. It is not available to buy/ rent online on any platforms right now. 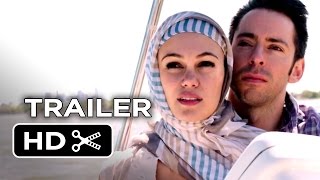