Synopsis
Acharya boasts of having two megastars of the Telugu film industry, Chiranjeevi and his son Ram Charan Teja. The cast is enough to hook the audience to the movie. Acharya is a typical masala movie, which is a fun watch for the family. It has everything from forbidden temple towns to pretty girls. The plot revolves around a mystery man who commits to saving a village from damnation.

Acharya is a perfect blend of masala action and a serious plotline. This is your typical commercial cinema, which can be a perfect watch over the weekend. The movie revolves around the legend of Ammavaru, who was once sent to Earth to save a clan from its poor fate. Ammavaru did not go back after her work was completed and stayed back. In her honor, a temple was built, and around the temple, two towns, Dharamsthali and Padmaghattam, were settled, which were separated by a forest called Siddhavanam.

Over the years, Padmaghattam became famous for its Ayurveda and healing science. Dharamstahli, on the other hand, garnered bad popularity due to its corrupt practices. Baisava is the leader of these corrupt practices. Later, a businessman expresses his interest in starting an illegal mining operation in Siddhavanam. This sets the tone for the entry of Acharya, played by Chiranjeevi. The rest of the plot develops to establish the relationship between Acharya, the two villages, Ram Charan, and Pooja Hegde.

Why should you watch Acharya?
Acharya is a typical masala action thriller that runs on a redundant premise. But the cast of the movie brings a fresh outlook to an outdated storyline. If you have followed Acharya’s promotional events, you might already be acquainted with the central plot of the movie. The makers of the film do not intend to keep any secrets. They want their audience to watch the movie to feel the strong and vibrant presence of megastar Chiranjeevi.

The metaphorical notion behind Acharya’s character is that he is anti-capitalist and a Naxal. Acharya cannot stand the relentless exploitation of natural resources by greedy corporations. Acharya resides in Dharamsthali because he is a motif for Dharma and has pledged to ensure that Dharma is upheld in the ancient land. In the first half of the movie, Acharya aggressively brings Basava to his knees and preserves the forest.

However, the second half of the movie appeals to the audience’s curious minds when Ram Charan’s character is introduced. The screenplay of the movie is full of Dharmic actions. Therefore, men who indulge in lust and materialism are presented from a judgemental lens.

The scenes between Siddha (played by Ram Charan) and Chiranjeevi are cherishable. Regina Cassandra's item number is catchy and will bring out your groovy side. Chiranjeevi and his son Ram Charan have delivered some notable work in the past, and they do not fail in this movie either.

For example, the chemistry between the duo is spot on when they make fun of the goons while stabbing them in a particular scene. Sonu Sood has played his villainous character impeccably, something which he is known for. Pooja Hegde has carried herself graciously in the limited screen time that she is given.

Acharya - Where to watch?

Yay! The movie is available for streaming online and you can watch Acharya movie on Prime Video. It is not available to buy/ rent online on any platforms right now. 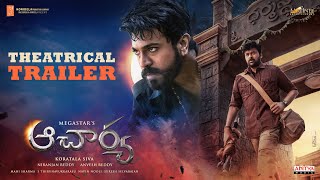 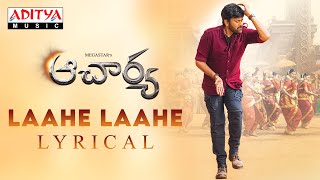 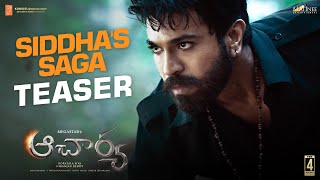 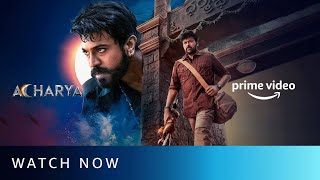