Aadhavan (Tamil: ஆதவன்) is a 2009 Tamil action thriller, directed by K. S. Ravikumar and written by Ramesh Khanna. The film features Surya Sivakumar in the title role along with Nayantara in lead roles and Murali, Vadivelu, Anand Babu, Ramesh Khanna, B. Saroja Devi, Rahul Dev, Sayaji Shinde in its supporting cast. The music is composed by Harris Jayaraj. The film, simultaneously dubbed into Telugu as Ghatikudu, was released on October 17, 2009 during Diwali. This film was Malayalam actor Murali's last film before his death in August 2009.

Aadhavan - Where to watch?

Yay! The movie is available for streaming online and you can watch Aadhavan movie on Hotstar, Prime Video, YuppTV. It is not available to buy/ rent online on any platforms right now. 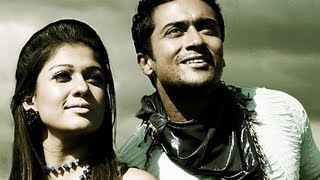